thinking back, it turns out that I spent a lot of time indoors this past week, far more than I had intended, due to the fact that it rained every day, some days just a slow drizzle and others like a bucket turned upside down.


with all that time on my hands it shouldn't be surprising that my idle mind wandered. I did a lot of reading and thought about a bunch of stuff, some of it stuff of substance but most just brain ballast. however, at some point during my reading and re-reading of each day's l a times (the world's best newspaper, by the way) I came across an article that had me totally focused, if only for a short time. it was an article by russ parsons in the November 24th edition, in the "daily dish" food section, and it dealt with the rather depressing reports being written and broadcast throughout Europe regarding the quantity (and in many regions, the quality) of the almost-completed 2014 olive harvest. projections are that due to weather conditions virtually every olive-producing country on the continent has produced a crop that is significantly and substantially below normal. compounding the bad news is the opinion that Italy, which at the highest levels without doubt produces the finest table oils in the world, will, with spain, prove to be the hardest-hit. expectations are that the best oils, if available at all, will be depressingly expensive and difficult to get.


this is bad news for all of us who enjoy fine olive oils. because even if, like me, you tend to buy  California oils in preference to those of Europe, simply because they're ours, you have to understand that growers close to home have suffered some of the same weather-wreaked havoc this past year. the ongoing western drought, in particular, has caused California crops to suffer issues of both quantity (down to varying degrees in different locations) and, in some areas, quality. this is according to reports from u c davis, which is good enough for me.
we won't really know what the big picture looks like for several months yet, here or over there, but forewarned is forearmed, as my mama used to say. keep your ears open, and if you have a knowledgeable specialty foods merchant that you favor it probably wouldn't hurt to ask him/her from time to time how the supply lines are looking. you could, if you were so inclined, lay in a two or three month's supply of your favorite oils; probably be a good idea to get some storage tips from said merchant, too, if you decide to go that route, since the best oils are every bit as sensitive to light and temperature as good wines. we'll keep abreast of this situation, as well, and get information posted as it becomes available.


the other thing on my mind right now is my good fortune at discovering the little village of ferndale, caifornia, population 1300 (+-). Ferndale is located just off hwy 101, about 6 or 7 miles west of the slightly larger town of fortuna, and a dozen or so miles south of eureka. (yep, more humboldt county stuff). Ferndale's claim to fame (or one of them; we found a lot to like about it) is its downtown area, and the blocks surrounding it, which is the most amazing and charming little Victorian time warp I can remember seeing. the little town is pretty much exactly the way it looked at the turn of the last century, except with modern cars on the streets. the exteriors of the houses and commercial buildings haven't been bastardized or architecturally corrupted, but seem to have been consciously preserved as they were intended to be when built, and most of the interiors (the ones we saw, at least) appear to be as well. consequently, there is nothing contrived about what you see; it all seems natural.
we had lunch at the Victorian inn, a 100+ year-old structure that pretty well dominates its end of the main street. it's a beautiful old building, seems to be well maintained, and has an excellent little bar where you can sit, drink, people-watch, and enjoy a really good plate of upscale pub-style something. I had a lobster pot pie that was as good as any I've ever had anywhere (and I've had a bunch of them), and my wife had a platter of fish and chips that was about the same. mad river brewing's steelhead ipa, by the way, is really good with lobster pot pie.


okay, that's it for tonight. going to try to attach a picture of mt Shasta I took off our deck last week showing off its first snows of the season. hope its not going to be too small. 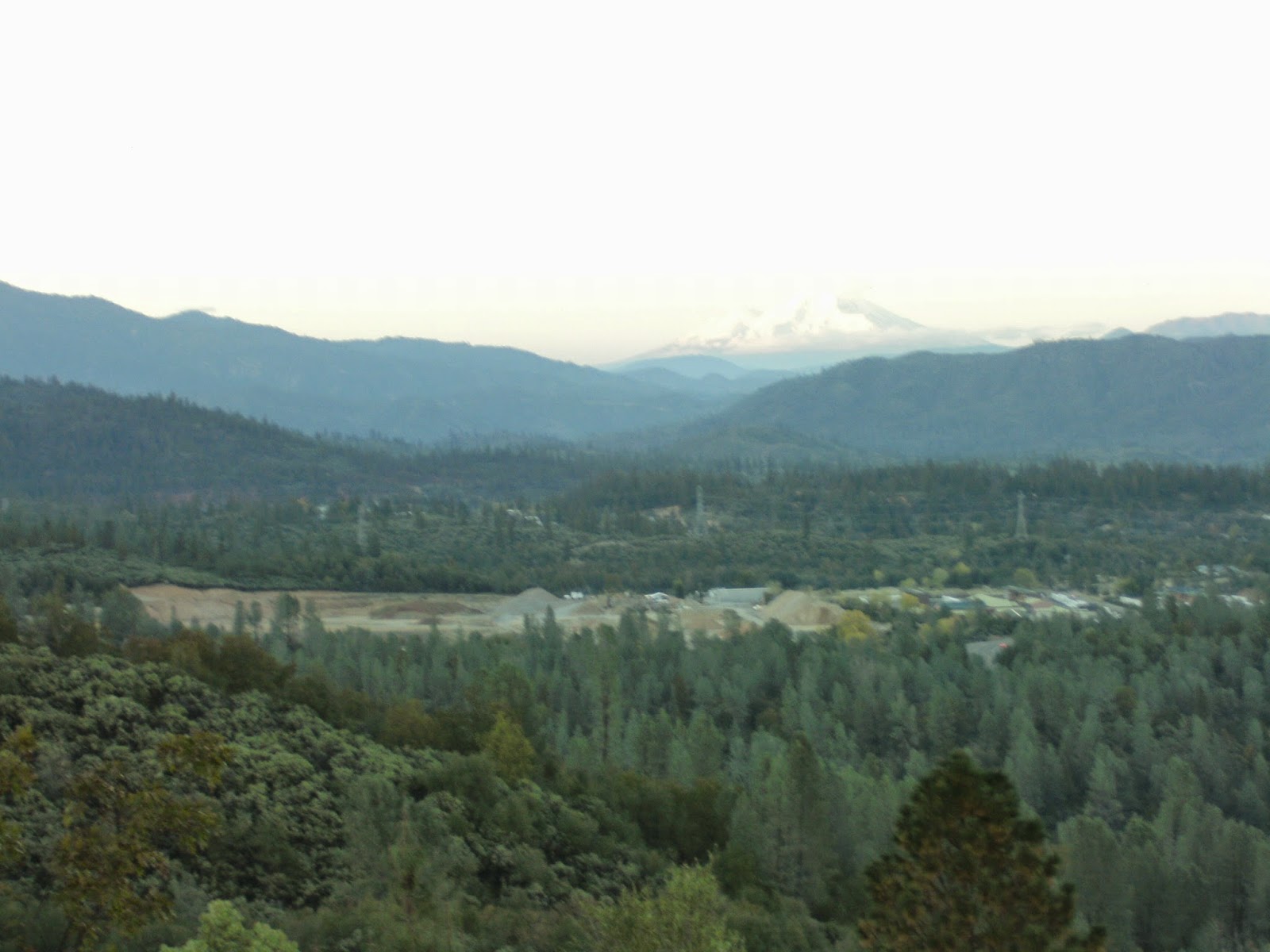